Who is an an aspirational woman? A woman who wants to achieve social prestige and material success.

The world is changing. The very concept of what it means to make a luxurious purchase is altering

Historically, it was about selecting products that offered the rarest materials or the highest level of service. But a new consciousness is sweeping consumer culture, and sentiments are very different, even compared to just ten years ago.

Take a look at the top fashion brands. In the past, the fact that clothes were made of unsustainable materials by workers in sweatshops didn’t matter. So long as they had the right label, people would buy them.

Today, though, it makes a big difference. And practically every major fashion house now incorporates ethics to some degree in its product lineup.

The same sort of thing is happening in the car market. Ten years ago, Toyota and VW were the biggest car manufacturers in the world. And brands like Dodge, Cadillac, and BMW dominated the luxury end of the market.

Today, though, that’s all changed, with the likes of Tesla entering the fray, now the most valuable automaker in the world. People, it seems, want electric vehicles to save the planet, and they’re willing to put their money where their mouth is.

The vast majority of traditional automakers are following suit, churning out a plethora of electric and hybrid vehicles to satisfy demand.

They still want the same recognition as boomers, but they’re doing it in a different way that takes better care of other people, and the planet. They want to show the world how wonderfully virtuous they are.

You can see this trend emerging among the world’s billionaire class too. Stuff doesn’t matter to these people in the way it used to. They’re not building giant mansions and castles to house their collection of rare antiques and gold bars.

Instead, they’re using their money to buy time, wellness, and even longer lives. This is another angle where the aspirational woman fits in!

The signifiers of success are also changing a great deal. Building a massive net worth at the expense of the environment seems more like self-attack than ever before. We only have one planet (at the moment), and so abusing it to get money seems like short-term thinking. Practically anybody who is anybody recognises this basic fact and is doing whatever they can to abate it.

The level of desire to make aspirational purchases is much higher among the younger generations than the older ones. Whether this has to do with shifts in culture or the rise of the newly rich in South East Asia isn’t entirely clear. Whatever the case, the economy is creating a new mindset. The average person sees capacity in themselves to achieve incredible material wealth in their lives, so long as they work hard enough for it.

Millennials seem to understand something that previous generations don’t: you can still have great experiences in life without parting with vast sums of money.

Most young people grew up during the Great Recession, the most significant economic calamity of modern times. Jobs were few and far between, and it left a scar on the psyche.

Young people thought that they’d be wealthier than their parents, but that’s not how things transpired.

Instead, most had to put up with low-wage jobs and scrimp and save every penny. Because they’ve never known material abundance, many young people are hungry for it.

At the same time, wanton consumption is no longer socially acceptable. Greed for material possessions goes against the current zeitgeist towards more sustainable choices.

Buying a car with a six-litre engine isn’t something that most young people feel comfortable doing, even though it was a mark of success in the past. Things are changing.

An aspirational woman will not do that.

What we see here is a new conception of what being aspirational really means.

It’s still materialistic but in a different form. Generational norms are changing.

Millennials have grown up in an ethical regime that prioritizes the environment above everything else. And yet they live in a modern capitalist economy with all its competitiveness and pressures.

They want an excellent lifestyle, but they’re trying to figure out how to do it without shattering the desire to play their part in keeping the world a pleasant place to live.

Interestingly, sustainability and price tend to go hand in hand. The more ethical a product, the more it costs – in general. That fact actually works in millennials’ favour.

Historically, luxury always meant rarity. And things are no different today. It’s just that now we live in a society where most products embody characteristics that are negative for the environment, like oil or plastics. Sustainably making things takes more planning, energy, expense and consideration, almost creating a new luxury category.

Going back to the fashion industry, think about the difference between using polyester compared to pineapple fibre.

In the former, you just extract some oil out of the ground and then send the raw materials for processing into the fabric. But with pineapple fibre (an eco-friendly version), you have to go through a much more drawn-out process. And while that makes it better for the planet, it hurts your wallet.

Related: Bathroom Luxury Items Every Woman Should Own

So what aspirational products are actually out there for people that offer both style and conscience? More than you think.

Motor vehicles, for instance, have undergone a massive shift in recent years. Automakers are front line in the fight against climate change, and one of the primary target industries for activists.

The sector knows that if it wants to survive millennials, it needs to fundamentally change the game, offering vehicles that use less oil and create minimal Carbon dioxide.

Thus, we see dramatic shifts in production towards a more sustainable future.

Take the Jaguar E-Pace, for instance. Ten years ago, it was almost unimaginable that a luxury car brand like Jaguar would follow in the footsteps of Toyota and Nissan to focus on hybrid electric vehicles.

Now though, it has a range of fully-fledged products, all carrying its badge.

Something similar is happening with Tesla. The automaker is little more than fifteen years old, and yet it is now the biggest brand in the world, by market cap.

Its performance is partly to do with its impressive technology, but the real reason could simply be brand image. The car company is the only firm in the sector that has a green image – something that aspirational young people want.

Once more of the company’s products hit the road, it will be difficult for millennials to ignore. While they might only be able to afford cheap gas cars, they will undoubtedly work hard so that they can get a Tesla – probably the most stylish and aspirational product currently on the market.

Lots of other brands in many different sectors are also getting in on the trend. Glasses maker Warby Parker makes a point of empowering consumers to choose something different and Eco-conscious.

Target’s Made to Matter is a good example of this trend in action. It’s shifting entire product lines over to become more sustainable. Eco-Cycle is also getting into the fray, revolving its whole business model around the idea of creating products that care for the environment.

No brand is ever going to be entirely aspirational or fully appease the conscience. But companies are getting better and better at it. All firms will consume resources – that’s something we’re going to have to learn to live with.

But there’s no reason to do it wantonly. That’s not what consumers want.

Brands are differentiating themselves hard. Companies want consumers to see them as offering premium products that escape old, resource-guzzling value chains. They realize that people don’t just want more stuff. They also want it to reflect their ethics.

Many commentators believe that we’re looking at the end of materialism and entering a post-materialist age and perhaps this justifies why an aspirational woman would want products offering both style and consience.

Humanity now has systems and technologies that more than meet basic needs, like food and shelter.

Furthermore, most products are now so inexpensive compared to wages, that they’re within reach of the average person, even on an ordinary income.

Having something doesn’t quite mean what it used to.

The economy today, therefore, is becoming more about meeting ethical and philosophical requirements of customers, instead of offering them goods on the cheap.

Twitter, for instance, has taken steps to shut down the voices of users that don’t share its worldview. And companies like Red Bull are putting their support for President Trump above the desire to make more profit by remaining politically neutral.

Brands across industries are doing something similar. Wealth exists today for people to include their beliefs in their buying decisions – and so they’re doing just that.

They buy clothes today from expensive brands, often solely because they promise to protect workers and source materials sustainably.

Are you excited about these changes as an aspirational woman? Or would you prefer to get back to the rough and tumble of the old capitalist system?

If you are an “aspirational woman”, meet me in comments and let’s chat! 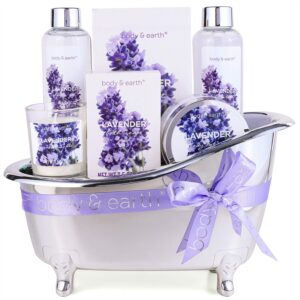